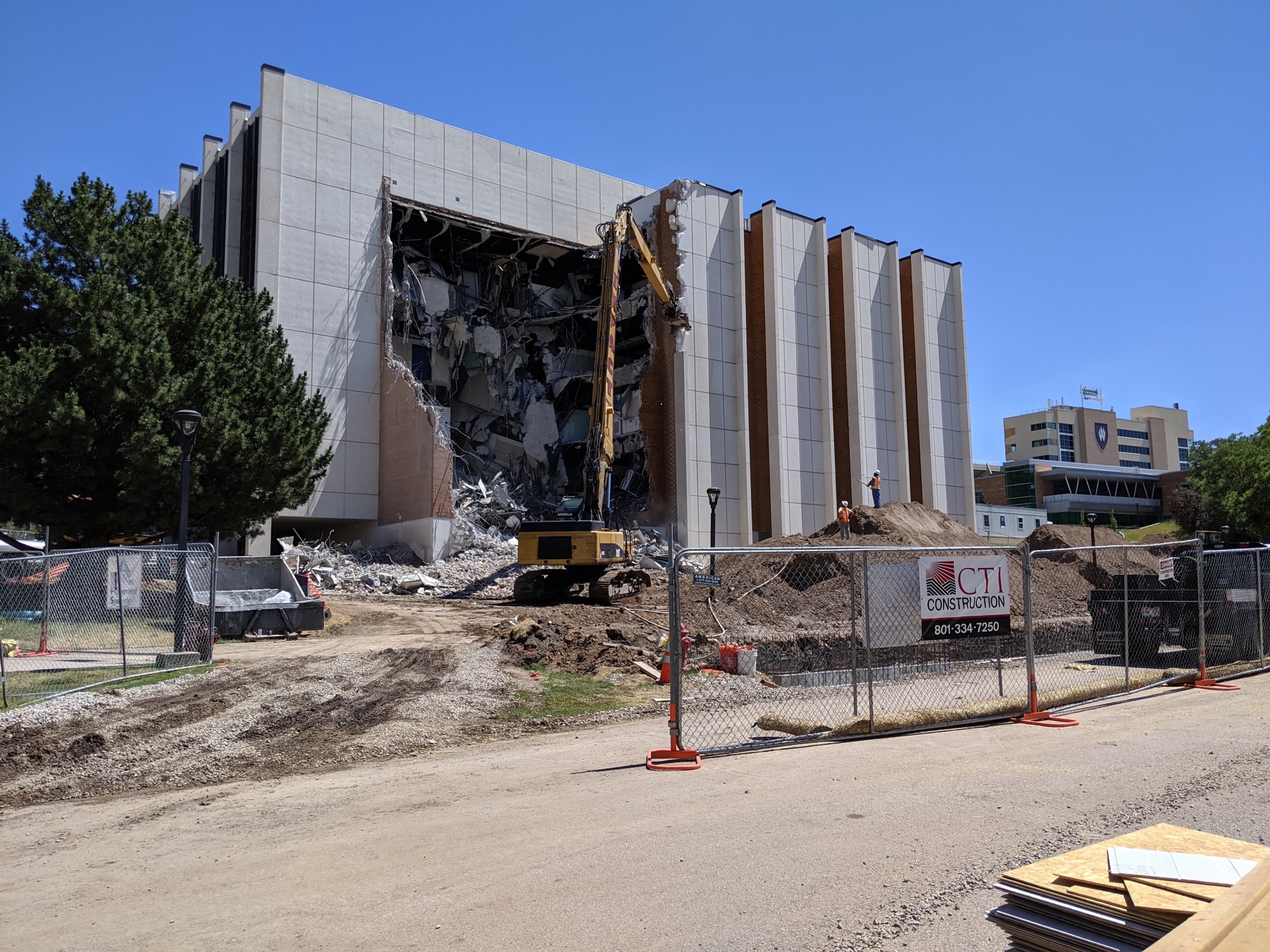 CTI was tasked to demolish and remove the old Science Lab building on the Weber State University Campus. Originally constructed in 1969, the building was a six-story building with 109,000 square feet. The demolish process occurred in between other occupied facilities on an active college campus. All utility lines for the adjacent Lind Lecture Hall were originally run through the Science Lab building and required re-routing and re-connection after the demolition of the Science Lab building was complete. Adequate amounts of infill were installed to bring the site to a level status for the installation of a new parking lot, access ramps, and a new landscape was installed to beautify the site.